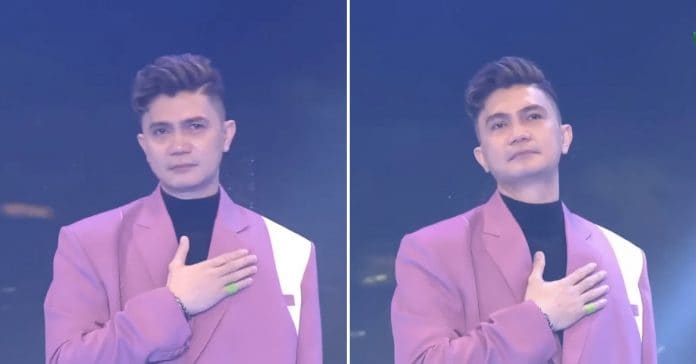 Vhong Navarro could not help but tear up as he finally made his return to It’s Showtime months after his detention in relation to rape charges filed against him by model Deniece Cornejo.

The actor-host got reunited with his co-hosts who welcomed him back with their “I’ll Be There For You” performance  in the noontime show’s episode on Monday, January 16.

Aside from his Showtime family and supporters, Vhong aired his gratitude to his wife Tanya Bautista whom he called his “superhero”.

Each of the hosts also gave their messages to Vhong before he aired his thanks to his family, legal team, and those who extended financial aid for his legal team including Anabelle Rama, Mother Lily, Vicki Belo, and Roselle Monetverde.

Vhong had to leave the show in September last year after a Taguig City court issued against him a warrant of arrest for rape.

The actor-comedian was released from the Taguig City Jail early in December after the court granted him to post the recommended P1 million bail for his temporary liberty.