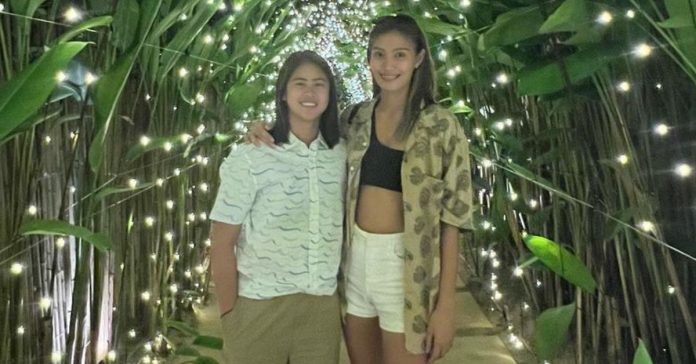 Deanna Wong took to social media to flex her girlfriend Ivy Lacsina amidst talk of her Choco Mucho Flying Titans team allegedly snubbing their fans during a trip.

Fans noticed how it seems the volleyball star is “unbothered” by the controversy as she shared a sweet social media post for Ivy, a former National University Bulldogs middle blocker.

“Making the night special just by being in it,” her caption read.

Over the weekend, a viral video of the local volleyball team walking past fans who greeted them drew flak from netizens.

As seen on the video, a few players acknowledged their fans but declined their request for a photo.

The video gained even more views after weather anchor Kim Atienza expressed his dismay over the team’s interaction with their fans.

“This team should be advised that catering to fans is a responsibility, otherwise, stay out of the public eye and play privately. What an irritating yet sad sight. I hope they are advised by their sponsors to act properly in public,” his social media post read.

Deanna’s manager Vania Padilla-Edralin has already issued a statement regarding the matter, expressing that the event does not define the team.

She wrote: “The fact is that these volleyball players are decent, kind, hardworking and appreciative girls. We’ve seen this over the years. If you have really taken the time to get to know them, you know this to be true.

“This one ‘event’ does not define who they are. Let’s not get so worked up about it because at the end of the day, we’re happy to see the fake fans go and the real fans stay.”