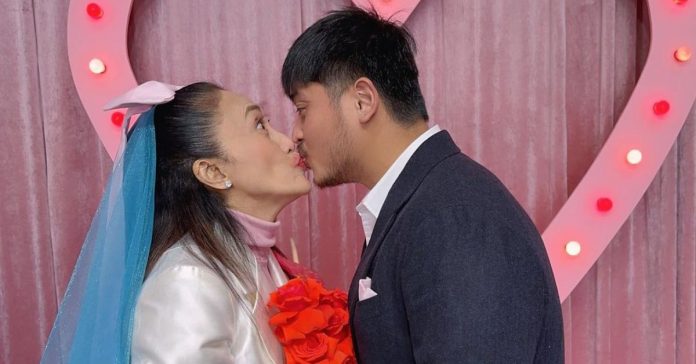 Ai-Ai delas Alas and husband Gerald Sibayan celebrated their fifth wedding anniversary early with the renewal of their vows in the United States.

The comedienne-actress took to Instagram on Thursday to share a kissing photo of them during the ceremony held in Las Vegas, Nevada.

“High five to our 5 year milestone.. To GOD be the glory .. Mama Mary thank you for taking care of us,” she added in a separate post showing more snaps of them renewing their vows.

It was Ai-Ai’s daughter Sophia who planned the intimate ceremony.

Ai-Ai and Gerald have been together since 2014 and tied the knot in 2017 in Quezon City. They will mark their fifth anniversary as husband and wife on December 13.