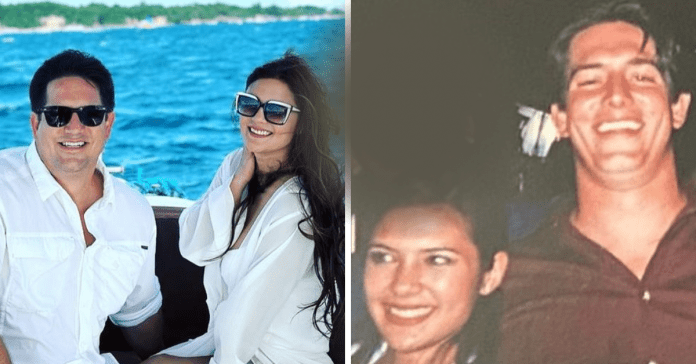 Vina Morales admitted to being inspired and happy with her current love life amid rumors about her new romance.

The singer and screen veteran has recently been posting snaps of her with a mystery man on Instagram which drew speculations of her having a new relationship.

“It’s been a while, parang ang tagal na,” said Vina as she gushed about her teleserye-like reunion with her supposed boyfriend last August.

“I met him when I did a show in Hawaii 21 years ago, wala pa akong Ceanna,” Vina said referring to her daughter from a previous relationship.

Vina continued that they’ve been communicating for some time before they got reunited at her recent show in Miami.

“We’ve been in touch. And then bigla na lang I don’t know itong trip ko na ito, itong tour, he watched my show in Miami. And then doon na nag-start lahat, ulit,” she related.