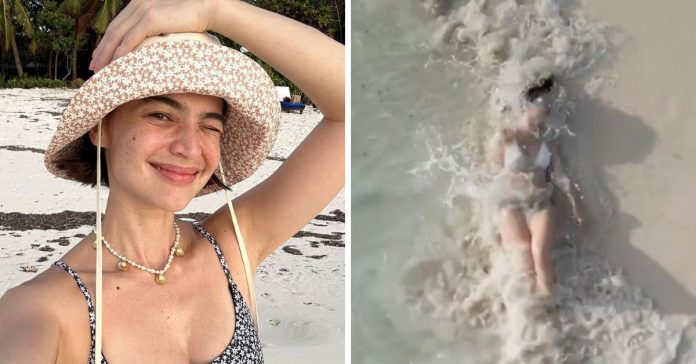 The French content creator made fans laugh after he shared this wacky video of Anne “losing” against nature.

In the clip, Anne was giving her best pose while lying on the sand when she broke character after a big wave washed over her.

“Dyosa in her element. Nature wins. P.S. If you don’t hear from me in the next 24 hours, send help,” he wrote in the caption.

“You’re forgiven tho because tawang-tawa me,” she said.

Meanwhile, the celebrity mom shared her own, stunning version of the video her husband made.