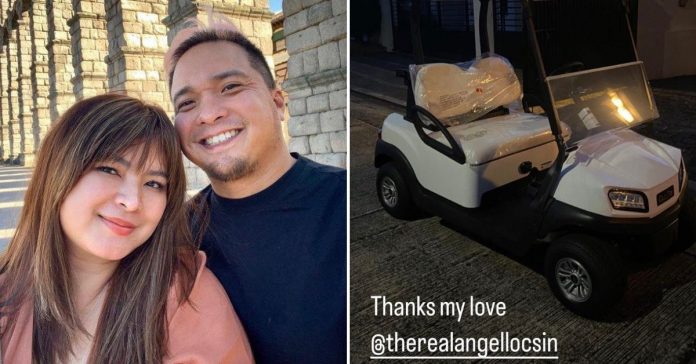 Through an Instagram story, the film director shared a photo of the two-seater golf cart his beloved partner gave him.

Neil and Angel tied the knot at a civil wedding ceremony in Taguig in July 2021.