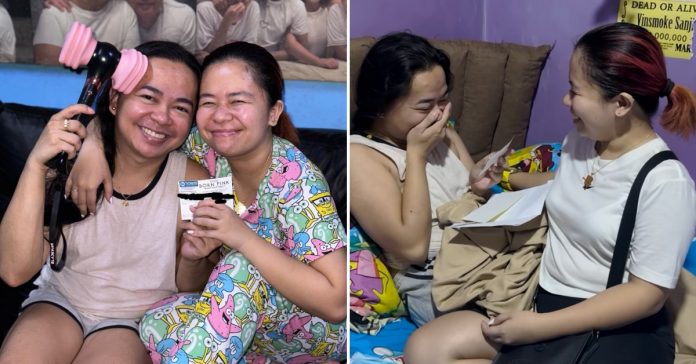 Kiray Celis brought her sibling Jhopay to tears after she surprised her with a ticket to Blackpink’s concert in Bulacan next year.

The former Goin’ Bulilit star decided to buy the ticket for her sibling knowing that she’s a big fan of the Kpop girl group.

Kiray first pretended she would give her sibling a letter for the vlog until she let her open the envelope containing the VIP Soundcheck ticket.

Jhopay couldn’t contain her happiness as she received the sweet surprise from Kiray.

Kiray recalled her sinling telling her how she wanted to attend the concert even with the far-away sections at the Philippine Arena.

Jhopay, meanwhile, thanked her sister for the ealry birthday and Christmas treat.