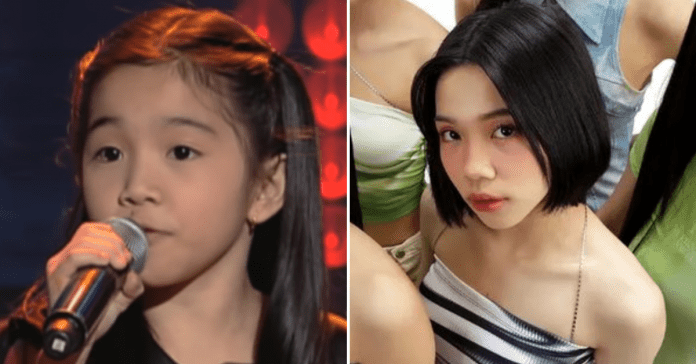 Netizens were surprised to see former The Voice Kids finalist Darlene Vibares looking all grown-up as she was introduced as member of a newly-launched Pinoy pop girl group.

Darlene sent netizens abuzz after she was introduced as a member of SBTown’s seven-member group YGIG (You Go, I Go) on Thursday.

Darlene was first known to the public as a finalist in the first season of reality talent competition The Voice Kids in 2014.

She was among the show’s three-chair turners after her rendition of “Girl on Fire” during the audition.

With Lea Salonga as her coach, Darlene placed fourth in the competition where Lyca Gairanod was hailed the grand winner.