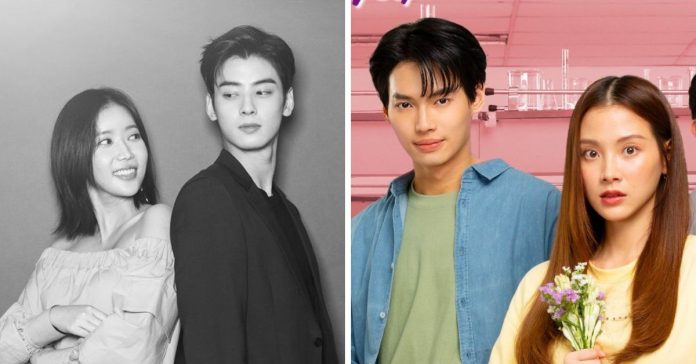 Win Metawin and Baifern Pimchanok will be starring in the Thai remake of the hit South Korean webtoon-turned-drama My ID is Gangnam Beauty.

The Thai version, titled Beauty Newbie, was announced as part of GMMTV’s lineup of upcoming projects in 2023.

Based on the webtoon by Ki Maeng-gi,  My ID is Gangnam Beauty follows the story of a college student who undergoes cosmetic surgery after being bullied for her looks.

Win and Baifern will take the lead roles originally portrayed by Cha Eun Woo and Im Soo-hyang in the 2018 K-drama adaptation of the same title.

Joining the two are Great Sapol and Fah Yongwaree as seen in the teaser trailer released by the Thai production company.

Win rose to popularity with his debut acting role in the hit BL series 2gether.

Baifern, on the other hand, is widely known for her role in the 2010 romantic-comedy film Crazy Little Thing Called Love.