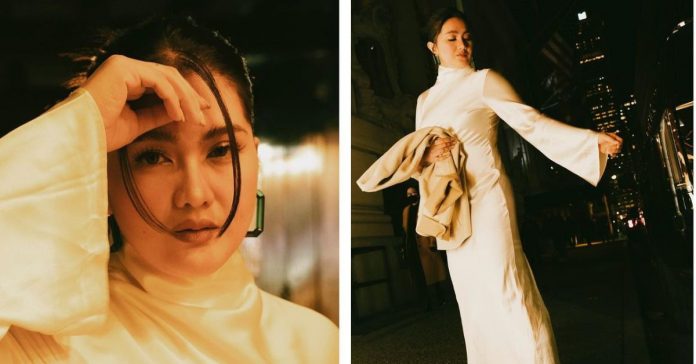 The actress wowed fans when she shared her chic all-white outfit for this once in a lifetime experience in New York City.

“Off to the #iEmmys we go #JurorDuties,” she wrote in the caption.

It was back in June when Dimples first shared that she participated in selecting the Best Television program in the world.

On a special Instagram post where she announced the milestone, she thanked the award-giving body for inspiring her “thespian heart.”

She said: “I thank the International Academy of Television Arts & Sciences for letting me have this once in a lifetime experience that has truly inspired my thespian heart.

“Contributing in selecting the BEST TELEVISION programming from around the WORLD was both my honor and pleasure.”