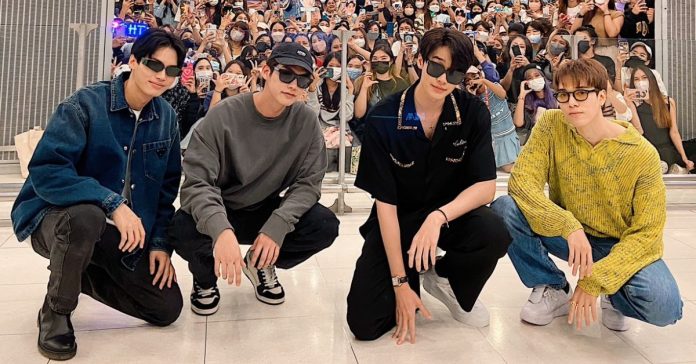 The lead stars of F4 Thailand: Boys Over Flowers are now in Manila to stage their upcoming concert and fanmeet.

The F4 Thailand members are set to hold a one-night show on Saturday, November 19, at the World Trade Center as part of their “Shooting Star” Asia tour.

Bright played the role of Thyme (Dao Ming Si’s counterpart), while Win portrayed the character of Kavin in the Thai remake of the Japanese manga, which was first adapted into a series in Taiwan.

Dew and Nani, on the other hand, starred in the series as Ren and MJ, respectively.

The Thai remake premiered in December 2021 and aired its last episode in April this year.