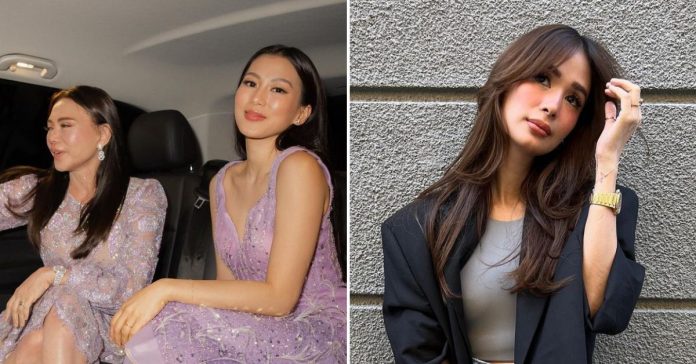 Alex Gonzaga and celebrity doctor Vicki Belo made clear that they were just joking when they said that Heart Evangelista snubbed them at a fashion event.

Vicki earlier shared a Youtube vlog with Alex where they talked about their Milan Fashion Week experience.

In the said vlog, the two mentioned seeing Heart in the fashion show, saying that the fashion icon supposedly gave them the cold shoulder.

After the supposed snubbing incident was picked up by local media outlets, both Alex and Vicki turned to their respective social media pages to clarify that it was nothing but a joke.

“Heart is nice since ‘Pangarap na Bituin’ circa 2007 pa po sakin at magkaibigan kami. Hindi na dapat ginagawang news mga ganito,” added the actress-vlogger, referring to the TV series they co-starred in the past.

Vicki, meanwhile, explained through a video on her Instagram story that the snubbing incident did not happen at all since they never met and that Heart was not aware of their presence in the fashion event.

“I just want to set the record straight, it’s not true that Heart snubbed Alex and me. How could she snub us when she didn’t even know we were there. And we never ever saw each other. Kasi naman, if you watch the vlog, you will see that Alex and I were just  kidding and joking around,” said Vicki.

She furthered: “I was so thrilled because Alex mentioned Heart and me in one sentence and we all know who the fashion powerhouse Heart is. Kaya naman you should watch my vlog para alam niyo ang truth.”