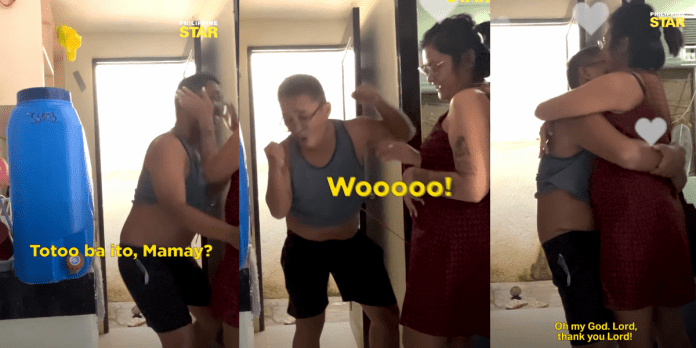 On August 16, 2022, 30-year-old wife Jan Banzuela Lague handed over a positive pregnancy test to her husband Alberto Navarro Lague. Luckily, the reaction of the soon-to-be father was caught on cam.

“We’ve been together for four years and since we started, he really wanted to have a baby, to be a Dad. I know magiging happy talaga siya dun sa news. Pero hindi ko i-nexpect na ganun ka exaggerated ‘yung reaction. Nasho-shock ako, ang ingay mo,” Jan told The Philippine STAR.

In the video, Alberto can be seen repeatedly shouting after his wife shared the good news.

Alberto said that it felt like he was on cloud nine after learning that he will soon become a father.

“A day before non, nag-PT ‘yung misis ko ta’s nag-negative. Then noong araw na ‘yun, she didn’t inform me na she will have another set of PT,” he shared.

The uploaded video on social media has already garnered more than 890,000 views on TikTok and received positive and congratulatory messages from netizens.

The couple is so excited for their first baby, describing it as an answered prayer. “Super happy naming dalawa.”