Woman who failed engineering board exam establishes own business 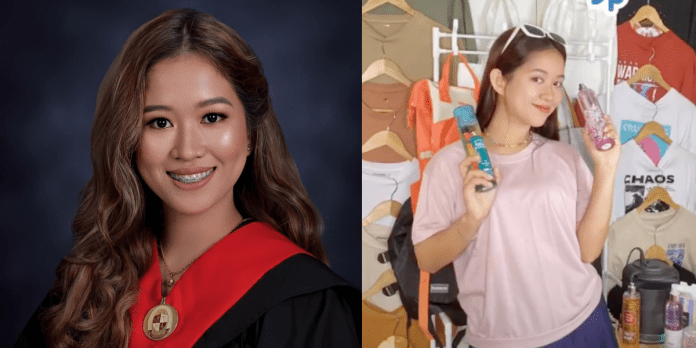 This 24-year-old engineering graduate from Bataan did not allow one failure to knock her down, but instead, found a new path for a better future.

Jenalyn Serrano Garcia is a product of pandemic graduation. She finished her degree in civil engineering at the Bataan Peninsula State University on August 4, 2020.

Afterwards, she decided to save some money for the upcoming board exam. She decided to accept different photography gigs during the pandemic, where she would earn around P30,000 to P60,000 per month.

During that time, she only had P15,000 from her previous freelance job. Jenalyn said that when she went home to their province, she was thinking of a business that would help her ease her mind while earning some money.

Jenalyn then started conducting live-selling for a couple of hours every day. In just three weeks, she was able to buy a second-hand car!

Through her incentives and commissions in conducting live-selling on a social media app, she was also able to buy a motorcycle and own a lot. She eventually became the breadwinner in the family.

For now, Jenalyn wants to focus on her newly established business and in the future, plans to take the board exams.

Jenalyn hopes that through her story, fellow board passers would also not give up on their dreams despite failing on their first try.