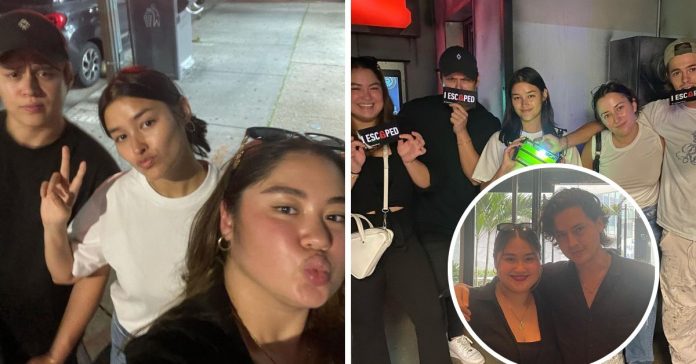 Fans of the real-life couple Liza and Enrique (Lizquen) were delighted to see the couple together after Andie shared an Instagram carousel showing several snaps of them in New Orleans.

Featured in the photo set were a groufie of them three together and a snap of Liza’s Lisa Frankenstein co-star Cole Sprouse with his hand around Andie’s shoulder.

Another pic showed Andie and the couple with Henry Eikenberry, Liza’s other co-star in the horror-comedy film.

It appears that Enrique and Andie have been frequently visting Liza on the set as Lisa Frankenstein director Zelda Williams recently sent Andie her well wishes on her birthday last August.

Liza and Enrique were earlier rumored to have broken up, but the Kapamilya actress denied such speculations.