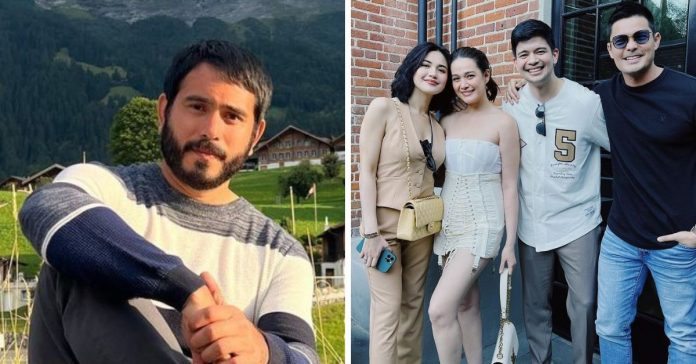 Gerald Anderson seemed to have overlooked that a photo of his ex-girlfriend Bea Alonzo was included in this Instagram post by Rayver Cruz.

Rayver recently shared a set of photos on the gram including his solo pic and a snap with rumored girlfriend Julie Anne San Jose in Los Angeles, California.

“Back in the city of angels,” Rayver wrote as the caption.

One of Rayver’s good friends, Gerald Anderson, commented on his post, saying, “Without me (crying emoji).”

Gerald, however, appeared to have taken down his comment immediately after netizens pointed out that the Instagram carousel also featured his ex-girlfriend Bea Alonzo and Dingdong Dantes in the third slide.

The Kapuso stars flew to the United States for a one-night concert in celebration of GMA Pinoy TV’s 17th anniversary.

To recall, Bea and Gerald figured in a controversial breakup, with the actress implying that he “ghosted” her.

Gerald’s current girlfriend Julia Barretto was also tagged as the “third party” in their breakup, which the the latter denied.

Meanwhile, Bea is currently in a relationship with Dominic Roque.