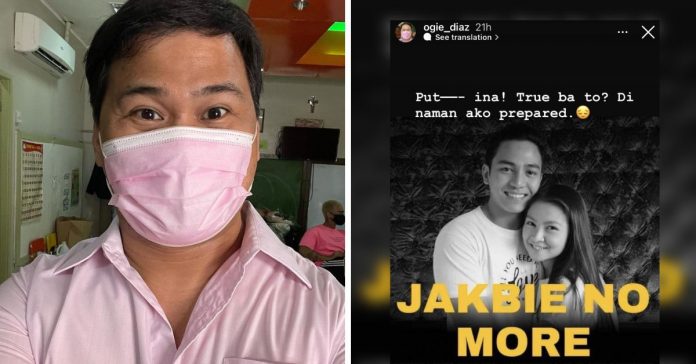 Ogie Diaz aired his reaction to speculations that Jak Roberto and Barbie Forteza, collectively called JakBie, have called it quits.

The comedian-talent manager took to Instagram stories to question the authenticity of a social media card that claimed that the Kapuso couple had broken up.

While Ogie’s reaction seems to be tongue-in-cheek, concerned JakBie fans were spotted checking in on the couple’s respective Instagram accounts if the rumors are true.

A quick look at the couple’s Instagram pages showed photos of them together just a few weeks ago this September.

Jak and Barbie have been together for five years. The two celebrated their fifth anniversary as a couple with a beach trip last May.