Karla Estrada proud to be back in school at 47 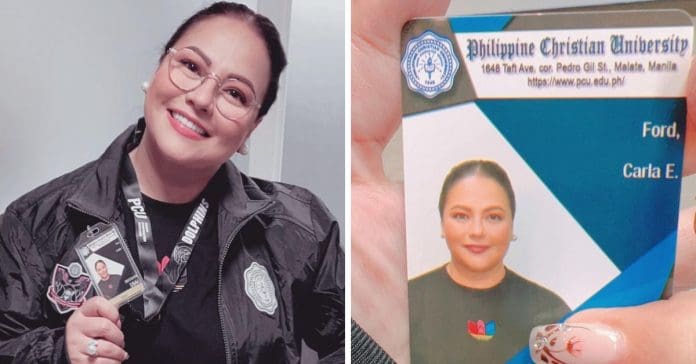 Karla Estrada is proudly pursuing her education in her late 40s.

The actress and former Magandang Buhay host recently took to Instagram to share that she has gone back to school.

“Nothing is too late when you put your heart into. Hindi ko po sasayangin ang pagkakataong ito,” said the 47-year-old celebrity mom.

Karla also left an encouraging message to those who dreams of earning a degree, saying it’s never too late to hit the books.

Karla later shared photos of her touring around the university, wearing her school ID.

“And the journey begins,” Karla wrote in the caption.

“Where’s the canteeeeen?” she added in jest.

After five years of being a host in Magandang Buhay, Karla bid goodbye to the morning talk show in July to to fulfill her political duties for Tingog partylist.