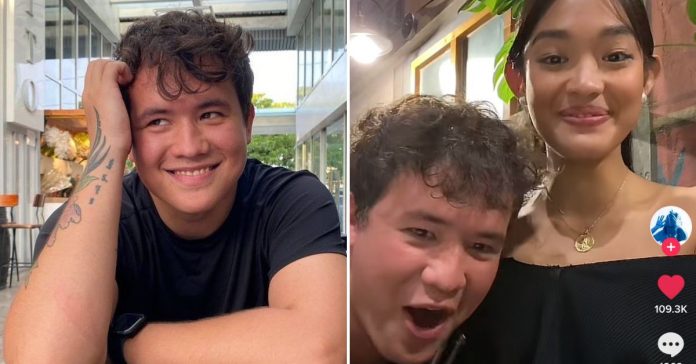 Juan Karlos “JK” Labajo has this reaction after being linked to a singer-songwriter in a now-viral TikTok video.

Netizens are speculating if JK has found new romance after being spotted in a video with fellow singer Dia Maté.

Dia, on Tuesday shared a video on TikTok where she and JK lip-synced to a sped-up version of Kanye West’s song Bound 2.

“Tried my best to keep a straight face,” Dia captioned as she failed put on a poker face as soon as JK appeared in the video.

The video has now garnered over 1.2 million views, as of writing.

Meanwhile, netizens were quick to speculate about the two’s relationship.

Dia and JK, however, seemingly dismissed the speculations after their funny exchange about their video making rounds online.

Dia, on the other hand, said “Omg mami the chismis”.