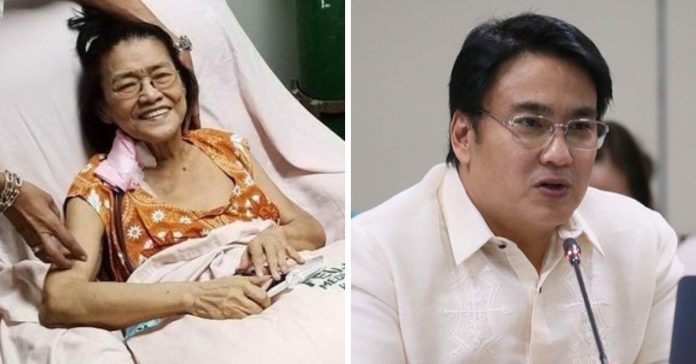 Lolit Solis can’t help but be grateful for the amount of help she’s been receiving while undergoing dialysis treatment for her medical condition.

The veteran columnist and talent manager revealed in an interview with Pep that she has not spent a single cent for her hospital expenses for two months.

Lolit shared that Senator Bong Revilla was one of those who paid her a visit and openly offered her financial aid though his credit card.

Lolit also related that an owner of a popular fast food chain restaurant has reached out to give her financial assistance.

The columnist also expressed gratitude to those who have been taking time off their busy schedule to visit her at the hospital, including actress Rhian Ramos as the most recent one.