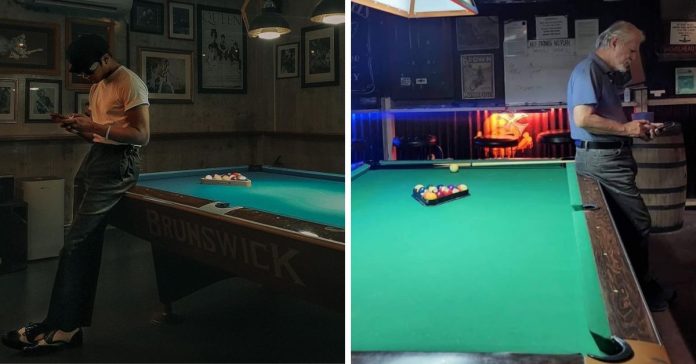 The two actors took to social media to post their adorable matching photos on their individual Instagram accounts.

Recently, Padilla shared a photo of him looking cool as he was leaning against a pool table. His caption read: “Office.”

On a social media post from Tuesday, Valdez copied the exact same pose and caption.

The 74-year-old even made a collage of their two photos side by side.

Even Daniel Padilla’s longtime girlfriend and 2G2BT co-star Kathryn Bernardo found friendship with the showbiz icon. Back in July, the actress gushed over working with her “alagas” Valdez, Bodjie Pascua, and Leo Rialp.

READ: LOOK: Kathryn Bernardo proud to be working with these showbiz icons