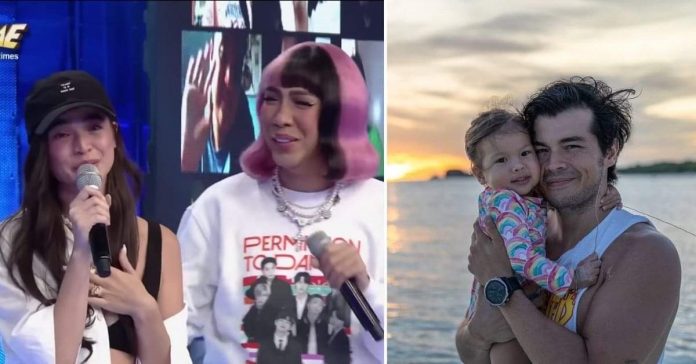 Anne Curtis turned emotional while talking about her hero – her husband Erwan Heussaff.

On a recent episode of It’s Showtime, the actress-host didn’t hold back her tears when she explained why her husband is her superhero and superdad.

Vice Ganda added how good it felt to go through life with a partner like Ion and Anne’s Erwan.

The celebrity mom agreed, echoing her husband is her hero “forever and ever.”

Anne and Erwan welcomed their first child together, their daughter Dahlia back in March of 2020. Since then, the two have been juggling their work on top of being parents to their two-year-old.