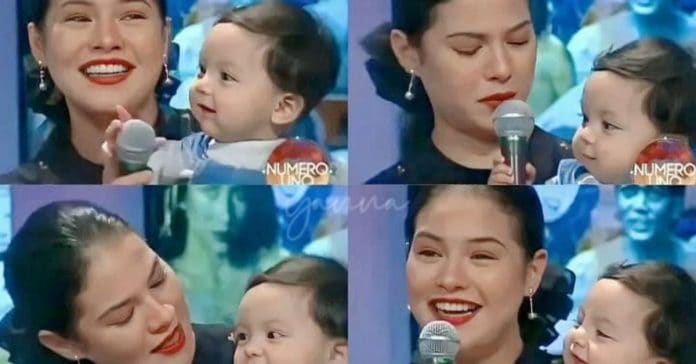 Karla Estrada is one sentimental mom as she looked back on her son Daniel Padilla’s first-time appearance on television.

The TV host shared how memorable that special milestone was for her in a social media post.

In the photo collage she posted, Karla was a 20-year-old newbie mom who was proudly showing off her one-year-old son.

The snaps were from a past interview from way back in 1995 where the newbie mom at the time spoke about raising a child on her own.

Karla gave birth to her and her former partner Rommel Padilla first son, Daniel, on April 26, 1995.