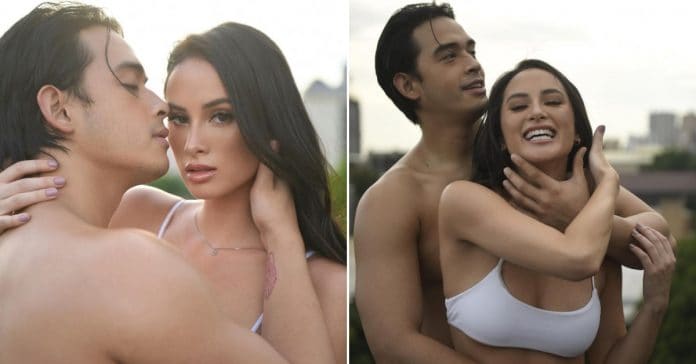 Looks like the romance rumors are still alive between Diego Loyzaga and Franki Russell who are set to star in a film together.

Directed by Phil Giordano, Diego and Franki are paired up in upcoming movie Pabaya, produced under Vivamax.

Diego and Franki recently both took to Instagram to share photos from their photoshoot, including their solo and intimate snaps.

The two have also begun filming their first project together on Thursday.

Diego and Franki sparked dating speculations after the latter shared on Instagram a set of photos of them getting cozy in their Ilocos trip, as a birthday greeting to the actor in May.

Initially, Diego denied dating the former Pinoy Big Brother housemate, but revealed days later that they are not a couple but are “getting there”.

The two, however, stirred “breakup” rumors late June after eagle-eyed netizens noticed that they have unfollowed each other on Instagram.