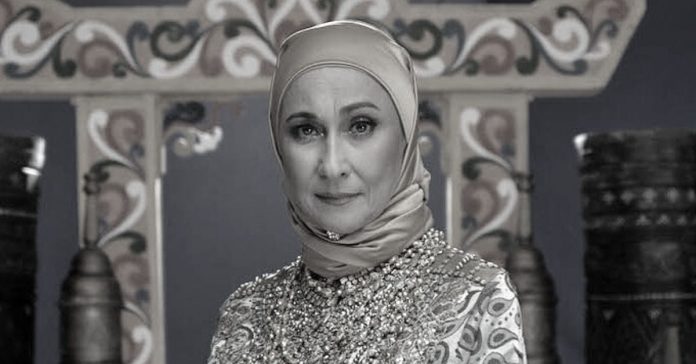 Veteran actress Cherie Gil has passed away at age 59.

In an Instagram post, Anabelle Rama shared that the movie icon passed away at 5 p.m. on Friday.

“Cherie Gil just passed away at 5pm today. Please pray for her,” wrote the former actress and veteran talent manager as the caption alongside a black image on Instagram.

A separate source and close friend also confirmed to The Philippine STAR the sad news about Cherie’s death after a battle with cancer. “(She passed on at) 5:30 AM New York time, ang alam ko,” the source said.

Actor Sid Lucero also posted a photo of his aunt on Instagram, with a touching brief message, “I love you. Big hug.”

Filmmaker Joey Reyes also expressed his grief over the actress’ death who was launched into showbiz through the first film he wrote, the late Peque Gallaga’s Oro, Plata, Mata.

“You will always be our TRINING OJEDA immortalized in ORO, PLATA, MATA.

“Have a safe journey home to the arms of our Father.

“You were launched in the very first movie I ever wrote.

“You starred in the movie that I will always be remembered.

“You are irreplaceable in the minds and hearts of so many of us.

“An official statement from the family has yet to be issued.”

Last February, Cherie made showbiz headlines after gracing the cover of Mega Magazine for its 30th anniversary issue with a shaved head.

The multi-awarded actress of the famous Eigenmann acting clan called it a “rebirth of sorts,” as she revealed moving to New York to start a new life.

The actress, who was also known for iconic kontrabida roles, including as Lavinia Arguelles in the film Bituing Walang Ningning opposite Sharon Cuneta, had not publicly spoken about her health condition.

But recent posts on her official Facebook page, including one dated July 11, 2022, suggested that she was receiving the “best care” at the Memorial Sloan Kettering, a cancer treatment and research institution in New York City.