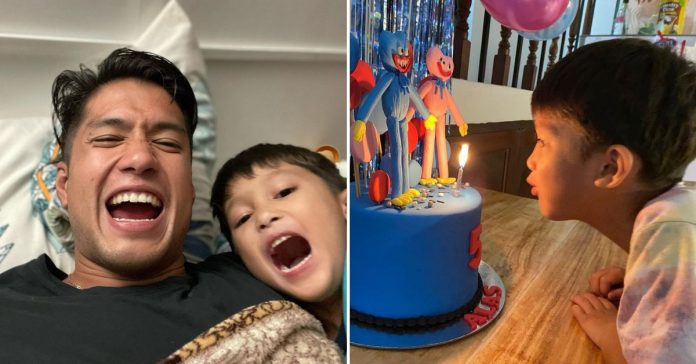 Aljur Abrenica penned a heartfelt message to Alas, his son with Kylie Padilla, on his fifth birthday.

The actor took to social media on Thursday, August 4, to wish his eldest childon his special day from afar.

Aljur continued to tell how proud and grateful of a father he is to Alas.

The dad-of-two wrote the message alongside photos and clips of him spending quality time with Alas and second son Axel.

“Happy birthday to my panganay. 💙🌸 we love you,” wrote Kylie.

Kylie and Aljur are on a co-parenting setup following their split in 2021, but have remained on good terms.