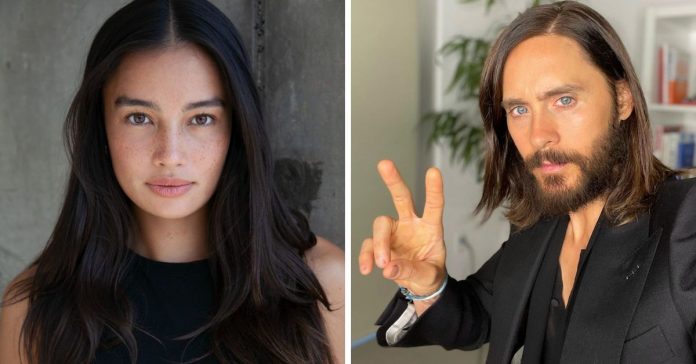 Kelsey Meritt sparked dating rumors with Hollywood star Jared Leto after they were spotted going on a rock-climbing activity in Italy.

The Filipina-American Victoria’s Secret model apparently went on a vacation together with the House of Gucci and Suicide Squad actor in Sardinia, Italy as per a report by British news website Daily Mail on Tuesday.

The report stated that the two boarded a yacht alongside their friends, including Kelsey’s fellow Victoria’s secret models Jasmine Tookes and Izabel Goulart, and headed to climb the rock wall of Tavolara island.

Photos showed Leto in a long-sleeved white shirt and black bottom following behind Kelsey who wore a black one-piece swimsuit while rock climbing.

The 25-year-old dated Olympic swimmer Conor Dwyer for more than three years, but reportedly called it quits earlier this year.

Leto, 50, meanwhile, is the frontman of rock band Thirty Seconds To Mars and has starred in films Morbius, The Suicide Squad, and The House of Gucci among others.