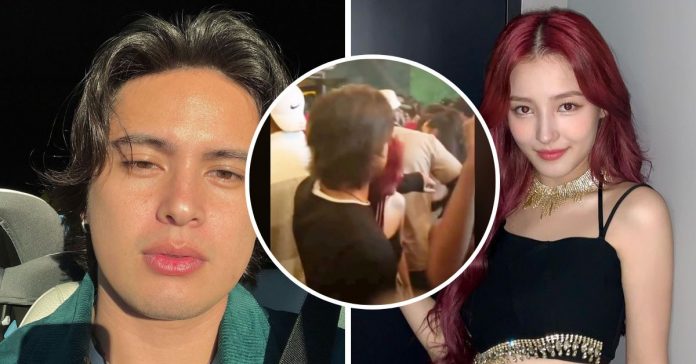 A video of James Reid and Nancy McDonie of K-pop girl group Momoland getting cozy with each other has fueled dating rumors.

On TikTok, a fan page dedicated to the two posted a clip of them seemingly at a party where James was seen with his arm around Nancy’s shoulder. Nancy, on the other hand, had her arm around James’ waist.

The said video has garnered over 450,000 reactions on TikTok and more than five million views, as of writing.

Netizens point out that the clip was supposedly taken last month in Los Angeles when James still had her long-haired look and Nancy with her red-dyed hair.

James and Nancy were earlier caught in dating rumors in March after they were spotted hanging out at Los Angeles with their respective friends.

In the same month, James released his star-studded music video for collaborative track Hello with GOT7’s Jay B and Taiwanese-American rapper ØZI, featuring Nancy, and other celebrity pals.

A photo of the K-pop star supposedly dining out with James’ family also made rounds online.

It can be recalled that James and Nancy were supposed to star as a pair in the ABS-CBN series Soulmate. Its shoot got cancelled due to the COVID-19 pandemic. James eventually revealed in a Kumu live last year that he won’t be taking part in the project anymore.