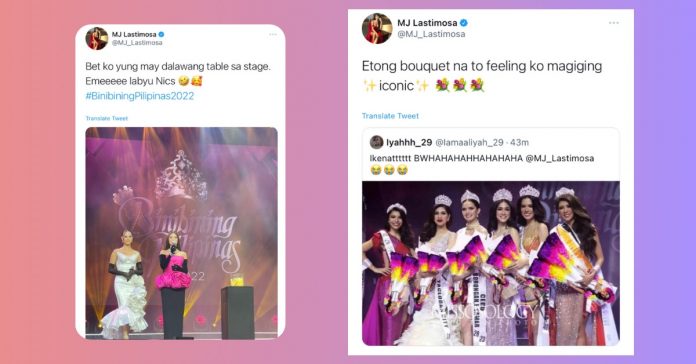 We can always count on MJ Lastimosa for some post-pageant fun.

The Miss Universe Philippines 2014, once again, indulged her fans with a fun banter online after this year’s Binibining Pilipinas Grand Coronation Night.

It seems pageant fans took a trip down memory lane as they poked fun at MJ’s national costume during the Miss Universe pageant from eight years ago.

The pageant queen reposted a fan’s tweet of an edited photo of herself and the two Bb. Pilipinas hosts – Catriona Gray and Nicole Cordoves – up on stage.