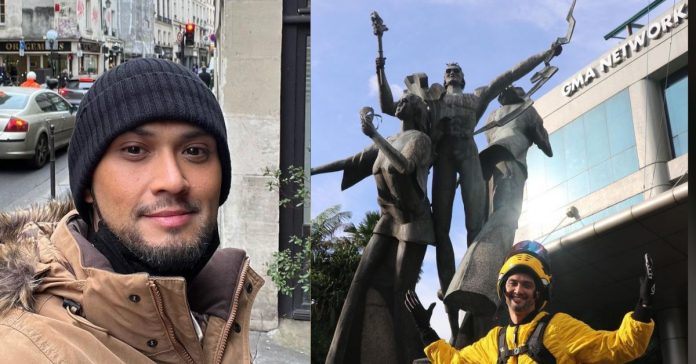 Billy Crawford has set foot at the Kapuso Network once again after 15 years.

GMA Network on Saturday, posted a photo of Billy posing for the camera while on his motorcycle outside the GMA Network Center building.

“Welcome back to GMA Network, @billycrawfod,” read the caption.

According to a GMA News report, Billy is set to host the local adaptation of American game show The Wall where contestants will be asked a series of questions to win cash prizes.

The show, a collaboration between GMA Network and Viva Communications Inc., is set to premiere this August.

Together with wife Coleen Garcia, Billy was also spotted at the GMA Thanksgiving Gala on Saturday night to mark the network’s 72nd anniversary.

Billy launched his showbiz career in GMA Network through late German Moreno’s variety show That’s Entertainment and starred in several Kapuso shows before flying to the United States for his studies when he was 12 and later started his music career.

When he returned to the country, Billy hosted numerous Kapamilya shows such as It’s Showtime, Pilipinas Got Talent, Your Face Sounds Familiar, and Idol Philippines, among others.

He’s currently one of the main hosts of TV5’s noontime variety show Lunch Out Loud.