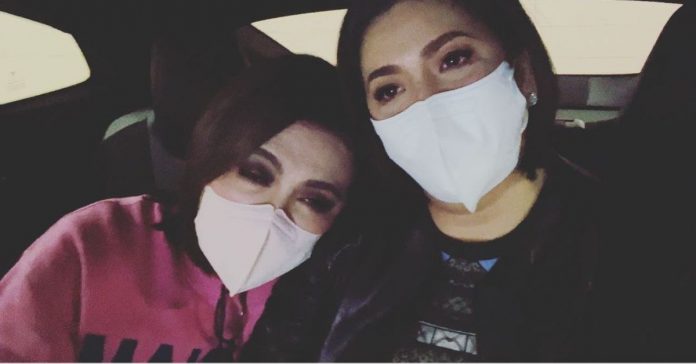 Sharon Cuneta recently revealed she’s “sick and baldado” in Los Angeles after her whirlwind concert tour in the United States with Regine Velasquez.

The veteran singer-actress updated her fans on her social media post about missing her concert partner.

“My Nana is flying back to Manila ahead of me… And because I’ve been sick and baldado (haven’t gotten out of bed since we arrived in L.A. July 25) – bumigay na rin my body,” she said.

On her Instagram post, the Megastar shared a video of her and Regine’s sweet moment from one of their concerts.

It was in early July when the Iconic duo took on their North American tour, which ended last July 23 in California.

Sharon Cuneta gifts son Miguel with a ‘simple phone’ on...