Jake Cuenca admits he once fell in love with Bea Alonzo 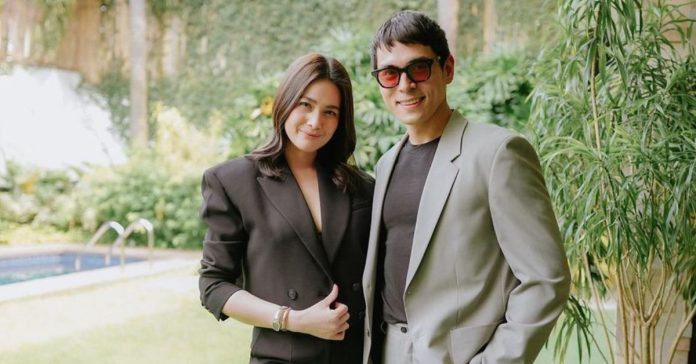 It seems Jake Cuenca was once smitten with Bea Alonzo.

The actor made the big reveal on the Kapuso star’s Youtube video when he was put under a lie detector test.

Bea was straight to the point when she found the chance to ask her former flame if he ever fell in love with her when they dated years ago.

“What a question! Yeah.” Jake answered.

Bea then followed up her intense question with another: “Do you think it was a good decision that we decided to just be friends during the time na nag-date tayo before?”

“At the time, no,” he said, which the lie detector determined was a lie.

In the same vlog, the two friends took a trip down memory lane when Bea recounted a thoughtful date Jake had set up for her when they were still dating.

The 34-year-old added that Jake had the whole restaurant so that she could have her own prom night.

“Kaya talagang he’s a good catch,” she ended her story.

Bea is currently in a relationship with her boyfriend Dominic Roque while Jake recently parted ways with his former girlfriend Kylie Verzosa.