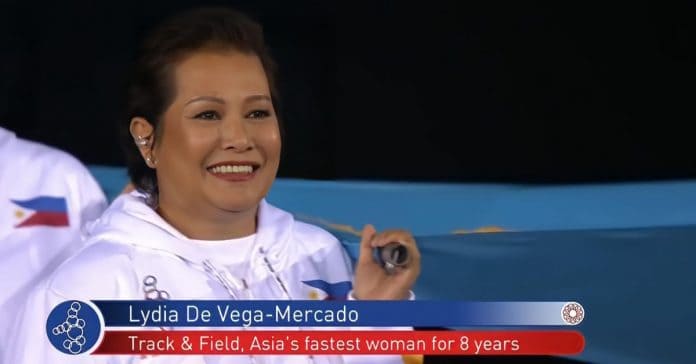 The family of Philippine sports legend Lydia de Vega has asked for prayers and financial help for the athlete who is currently in critical condition due to cancer.

Volleyball player Stephanie Mercado-de Koenigswarter took to social media to reveal that her mother, known as one of Southeast Asia’s best track and field athletes, has been quietly fighting Stage 4 breast cancer since her diagnosis in 2018.

“My dearest mother, Lydia de Vega, is in very critical condition due to complications caused by her Stage 4 Breast Cancer condition,” Stephanie said in her post.

“She was diagnosed with this in 2018 and has been silently fighting the disease for the past 4 years,” she continued.

Stephanie also asked for financial assistance for her mom.

The daughter of the track and field icon also said that as the disease is progressing, her mother’s condition is “quickly worsening” despite undergoing many procedures including brain surgery.

Stephanie then proceeded to ask for financial help.

“I am requesting everyone to please pray for her in this desperate time of need. If anyone would like to assist financially to cover her medical expenses, any donation would be deeply and whole-heartedly appreciated ❤ maraming salamat po!” she wrote.

Lydia De Vega initially made a name for herself during the 1981 Southeast Asian (SEA) Games in Manila, where she broke Asian Games records to win gold medals in the 200 and 400 meters.

The 57-year-old established herself as Asia’s sprinting queen by winning the 100-meter dash gold medal in the 1982 New Delhi Asiad, and she repeated the feat in the 1986 Seoul Asiad, clocking 11.53 seconds.

De Vega-Mercado participated in the opening ceremonies of the 2019 SEA Games in Manila as one of the flag bearers.