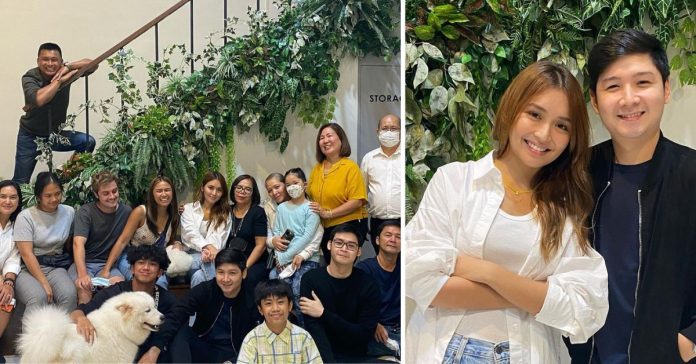 Our favorite Super Inggo cast members recently had a reunion — and we are all here for it!

Min Bernardo, mom of actress Kathryn Bernardo, took to Instagram on Thursday, July 14, to share photos and videos from the most recent reunion of some of the casts of the ABS-CBN show along with their parents. Kathryn Bernardo and Joshua Dionisio were among those who were present.

According to Min, although the then-kids cast wasn’t complete at the reunion, the parents were all in attendance.

“A happy reunion with the Super Inggo casts… the kids (casts) were not complete but still the moms and dads were all present,” she wrote.

They last reunited back in 2016 after Makisig Morales posted a group photo of the cast, earning a lot of nostalgic comments from fans.

During its duration, the hit fantaserye was among the most watched shows in the country, and also one of the most popular series of the early 2000s.

In 2007, Super Inggo was selected as a semi-finalist at the most prominent TV award-giving body, the Emmy Awards.