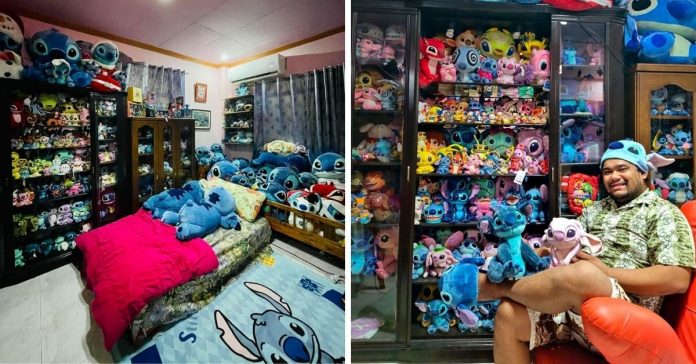 This man from San Manuel, Pangasinan takes his admiration for the Disney characters Lilo and Stitch to the next level!

Since 2018, 29-year-old Jango Soliven Balmediano has been filling up his room with Lilo and Stitch figurines, stuffed toys, charms, footwear, name it—he has it all!

According to Balmediano, it all started when he bought just one Lilo and Stitch stuffed toy in a live selling online. Before he knew it, he has accumulated thousands of merch.

Balmediano, who started collecting toy memorabilia from fast-food chains at a young age, has already spent an estimated P1 million on his collection.

Balmediano also shared that scouring for rare and limited edition pieces has been a challenge for him, especially since he had to purchase some abroad.

Balmediano still has plans to expand his room-filled Lilo and Stitch collection.