Mark your calendars! Here are all the foreign concerts to watch out for this 2022 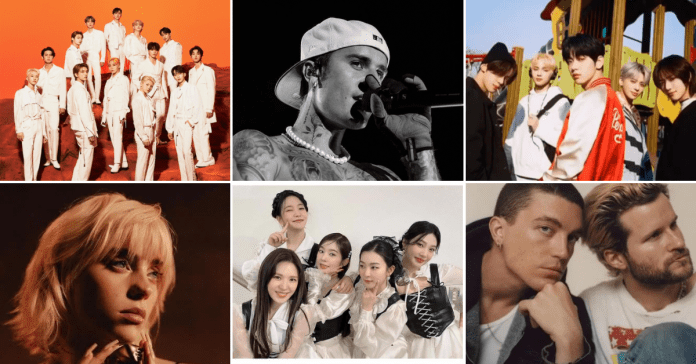 After two long years, concert venues are ready to be filled once again with the loudest screams and fan meetings as the Philippines has reopened its doors to concerts from foreign artists all over the world.

From Hollywood to K-pop artists, name it. They are now ready to conquer the stage. So, what are you waiting for? Mark your calendars because these are the upcoming concerts to watch out for!

Now’s the time to get ~psycho~ because Red Velvet is coming here to the Philippines for the BE YOU concert on July 22 at the SM Mall of Asia Arena. The hit South Korean girl group will share the stage with other P-pop groups BINI, BGYO and Lady Pipay.

Another hit on the list is the South Korean boy group Seventeen who will head to Manila for a two-day concert for their Be The Sun: The World Tour on October 8 and 9 at the SM Mall of Asia Arena. Updates about ticket prices and selling are to be announced.

It’s finally happening — Billie Eilish is coming to Manila for her Happier Than Ever: The World Tour on August 13 at the SM Mall of Asia Arena.

Tickets were reportedly sold out after it started selling out on June 5. Prices range from P1,500 to P4,100.

No one’s moving on yet because the Irish-pop rock band The Script will return to the Philippines for its Greatest Hits Tour 2022 on September 23 at the SM Mall of Asia Arena.

American rock band All Time Low is once again coming back to Manila after five years for their one-night concert on August 15, 2022 at the SM Mall of Asia Arena. Filipino band Chicosci will also join them.

Tickets are available on SM website and selected ticket outlets. Prices range from P3,500 to P9,500

We are not done with rock bands yet because The Maine is also going here for their concert at the Skydome in SM North Edsa on August 27, 2022.

This is not a drill! Boys Like Girls is returning to the Philippines after the postponement of their initial concert last April 2020. A two-night concert will be held in Manila on October 10 and 11 at the New Frontier Theater, and one night on October 12 at Skyhall, SM Seaside Cebu.

Beliebers are up for a treat because Justin Bieber is finally coming back to the Philippines for its Justice World Tour on October 29, 2022 at CCP Open Grounds, Manila.

Who else grew up to be punk because of Avril Lavigne? Good news! She’s performing in Manila on November 3, 2022 at the Smart Araneta Coliseum.

Any Russ fans here? Get excited as he is coming in Manila for his The Journey is Everything world concert on November 5, 2022 at the SM Mall of Asia Arena.

Raise your hands, millennials! The famous ’90s band Westlife is going for their Wild Dreams Tour at the Smart Araneta Coliseum on February 20, 2023.

How about all your favorite K-pop artists on one stage? Surprise! Because Jackson Wang, BamBam, and boy group TREASURE are coming to Manila for a K-pop Masterz concert at the SM Mall of Asia Arena on July 29, 2022.

South Korean boy group Tomorrow X Together (TXT) is bringing its Act: Love Asia concert to the SM Mall of Asia Arena on October 15 and 16.

Details about the ticket prices are to be announced.

Have you spotted your favorite artists yet? Don’t forget to save the date(s)!