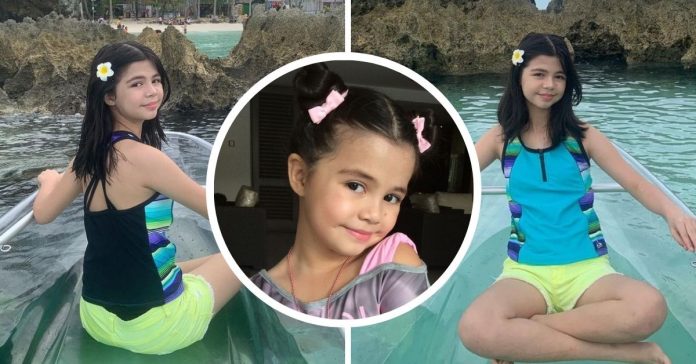 On Thursday, June 23, Xia took to Instagram to pen a thank you message to her well-wishers on her 13th birthday.

“Thank you to all those people who arranged everything for my birthday. I really appreciate all the love and support and for making so much effort to make me happy today,” she said in the caption attached to photos of her on a crystal kayak in Boracay.

She continued, “ And thank you for creating this #XiaIsNowThirTEEN hashtag so everyone who wants to greet me can use it and I can read all your greetings and messages and I will try to reply as much as I can thank you so much I love you all thank you for making my birthday really special 💓💓’.

Xia also earlier shared a video of herself gamely doing a TikTok dance while seated on the kayak.

Xia first appeared on television in the 2015 Kapamilya series.

She was hailed the grand winner of It’s Showtime’s segment Mini Me Season 2, where she impersonated Selena Gomez.

The British-Filipino star also made a buzz in 2017 after joining the celebrity kids edition of Your Face Sounds Familiar. She bagged the Most Popular Female Child Performer at the Guillermo Awards in the same year.

Xia starred in the Pinoy adaptation of South Korean film Miracle Cell No.7, which was an official entry in the Metro Manila Fim festival in 2019.

After stepping away from the limelight for some time, Xia is expected to star in an upcoming Viva film titled Wedding Dress.