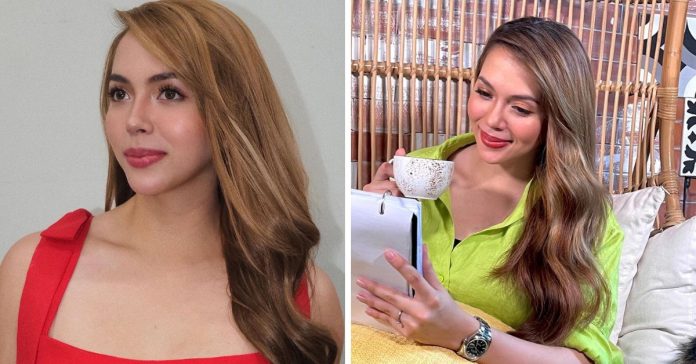 The photo which Julia posted as promotion content for a shampoo brand, featured the actress having a cup of drink in her hand.

But what caught some netizens’ attention was what the actress wearing on the ring finger of her left hand.

Fans were quick to speculate that Julia is already engaged to long-rumored boyfriend Coco Martin.

Rumors about Julia’s engagement have been around since 2019, but the actress has neither confirmed nor denied the matter.

The supposed engagement ring was also previously seen on Julia’s Instagram posts in October and November 2020.

In an interview with Mega Magazine’s G3 San Diego in 2021, Julia admitted she’s in love but said it’s her and boyfriend’s choice to keep their romance private.

Julia also had this answer when asked about her response if her beau proposes to him: “Yes, of course! I will not protect it naman if hindi”.