Ruffa Gutierrez’s daughters reunite with their dad after 15 years 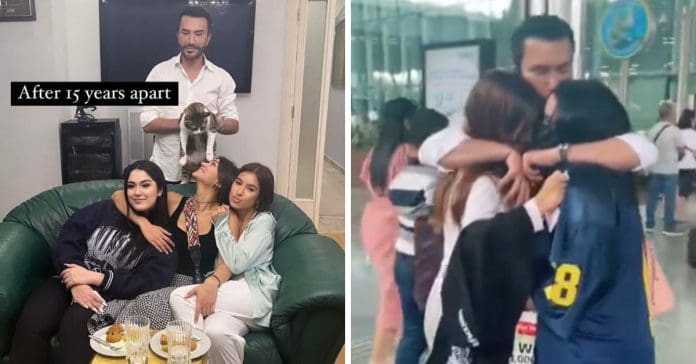 Ruffa Gutierrez’s daughters Lorin and Venice have reunited with their dad Yilmaz Bektas in Turkey after 15 years of being apart.

In an Instagram post on Saturday, Ruffa shared a video of the heartwarming scenes from her kids’ reunion with her Turkish ex-husband at the Istanbul airport.

Yilmaz greeted his daughters from behind before pulling them into a tight embrace.

The video also showed snaps of Lorin and Venice getting reunited with their half sister Iknaz Bektas.

“The greatest love story of all time is between a father and his daughters. ❤️ A beautiful and heartwarming reunion after 15 years of being apart,” Ruffa wrote as caption in the video.

Ruffa earlier hinted at a “beautiful reunion” this weekend  prior to sending Lorin and Venice off to Istanbul.

Ruffa and Yilmaz were married for four years before they separated and had their marriage annulled in 2012.

In 2019, Lorin and Venice opened up about their relationship with their dad, saying they still keep in touch despite being away from each other.

“We always call each other together. We do talk to our dad, like not very often but enough,” said Venice in a Magandang Buhay interview.

“We usually FaceTime him. There’s a misconception po na we don’t talk to him at all and have no contact. But we are super friendly naman with our Turkish side po. We follow everyone on Instagram, we always comment on each other’s posts,” added Lorin shared.