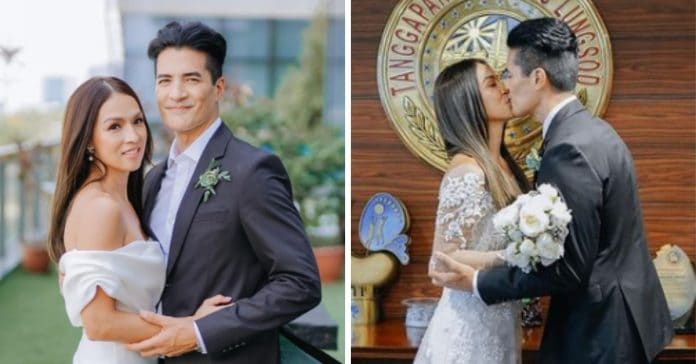 After 18 years of being together, Troy Montero and Aubrey Miles are officially husband and wife.

“It’s Official🙏🏻 After 18years together, it only takes 30mins to seal it. We did it @troymontero,”A Aubrey wrote as caption alongside photos from their wedding day.

Fans and fellow celebrities such as Melissa Ricks, Candy Pangilinan, and Ahron Villena sent congratulatory messages to the newlywed couple in the comment section.

Toy and Aubrey’s wedding came more than two months after announcing their engagement in March.

Aubrey and Troy are parents to children Hunter, 13 and Rocket,3. Aubrey also has a son John named Maurie who is her child with former boyfriend JP Obligacion.