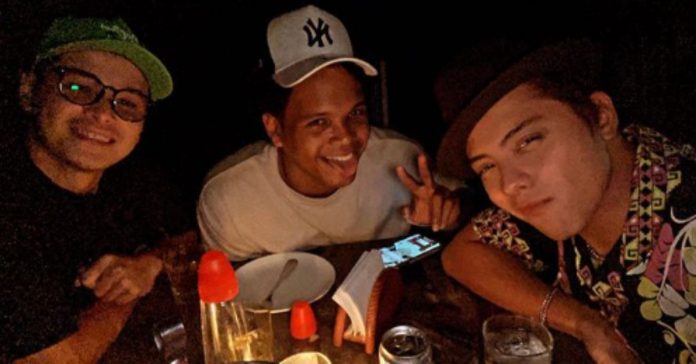 Daniel Padilla ended rumors that he was not in good terms with friends Patrick Sugui and Joe Vargas after sharing this photo.

The actor took to his Instagram stories to flex his newly-married friends during their night out, even teasing his fans that he could be the next one to tie the knot.

In the snap, he put wedding rings above his Patrick and Joe’s heads and an empty space for him.

Their snap together finally ended rumors that Daniel and his longtime girlfriend Kathryn Bernardo are no longer friends with their crew, which went by the group name “Nguya Squad”.

Speculations of their “friendship breakup” came to light when the couple was absent during the wedding of Patrick and Aeriel Garcia back in April.

It has already been clarified that the two missed the wedding because of their lock-in taping for 2 Good 2 Be True.

The couple was missing in action once again for Joe’s wedding on Wednesday.