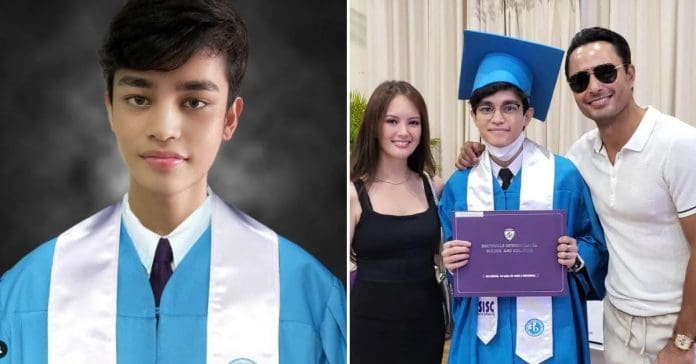 On Instagram, Derek shared a graduation photo of his 18-year-old son wearing a toga, as he took pride in his academic milestone.

“It has been a few days since you graduated but I just wanna share again how proud I am of you son,” wrote Derek.

“Keep believing in yourself and nothing is impossible,” the doting father told his child with ex-wife Mary Christine Jolly.

Austin’s mom Christine was also present at the event, as seen on the Instagram stories he shared over the weekend.

Austin lived in Dubai with his mom before he moved in with Derek at 14 years old to study in the Philippines.