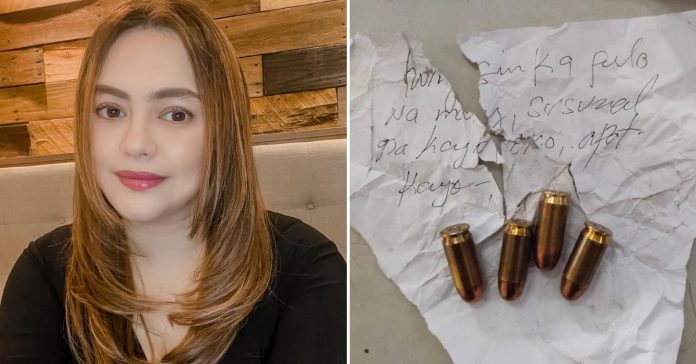 Actress-turned-politician Angelika Dela Cruz took to social media to express her dismay over the country’s “dirty politics” after receiving a death threat with gun bullets.

In a Facebook post on Tuesday, June 7, Angelika shared a photo of four bullets alongside a handwritten letter warning her of what’s to come.

This isn’t the first time Angelika’s life was put into danger due to politics.

In 2013, a man tried to stab Angelika from behind during one of her house-to-house campaigns as a barangay chairman. Fortunately, Angelika’s bodyguard prevented the man from stabbing her and took her to her car.