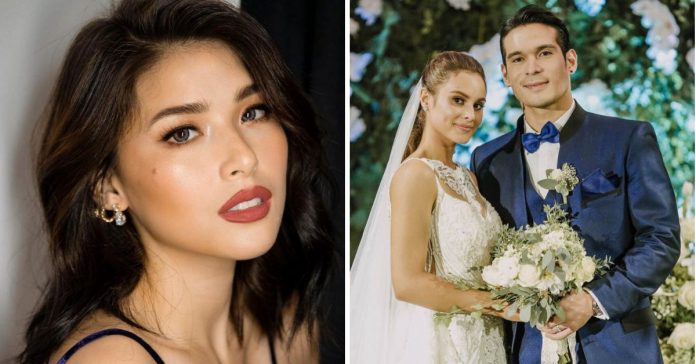 During an interview for her new TV series Bolera, Kylie was asked about who was her first friend in showbiz.

“First friend ko na friend ko hanggang ngayon, si Max Collins,” said Kylie about the latter who was her co-star in the 2012 teleserye The Good Daughter.

Max and Pancho stirred breakup speculations in July last year after they held separate birthday parties for their son.

The two at the time explained that they couldn’t be together for their son’s birthday due to the conflict in their work schedule.

The Breakup rumors didn’t easily die down as eagle-eyed netizens pointed out the two’s absence in each other’s social media pages.

Max and Pancho tied the knot in December 2017 They welcomed their son Skye in 2020.