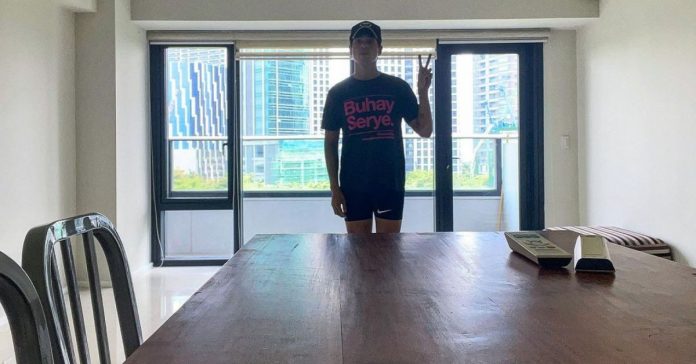 It seems Jake Cuenca is ready for new beginnings as he moved out of the home he shared with his ex-girlfriend Kylie Verzosa.

The actor took to social media to share a snap of his new home still bare with just chairs and a table.

“May this new home be blessed with laughter, hope, dreams, goals, creativity and expression. Here’s to new beginnings #buhayserye,” he wrote in the caption.

Under his post, his celebrity friends cheered him on for his new feat.

It was in late May when Kylie revealed she has also moved out of thir shared home.

The actress moved to the condominium unit she originally bought for her family, she said in an interview with Vice Ganda.

Jake confirmed their breakup back in April after Kylie sparked rumors of their separation on a cryptic post on Twitter.

Kylie Verzosa says she and ex-Bf Jake Cuenca are no...