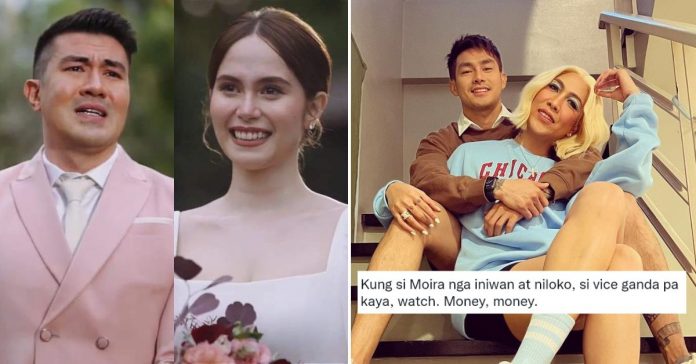 Amid news of celebrity breakups, Jessy Mendiola and Vice Ganda both faced netizens who gave negative comments about their respective life partners.

The aforementioned names are already separated from their wives except for Tom who has yet to speak up on his rumored split with Carla Abellana and Luis, who’s happily married to Jessy Mendiola.

In the caption, the Facebook page jokingly suggested that crying grooms are an indication that they would cheat on their partner in the future.

The Facebook post reached Jessy who in return, asked to not wish ill of others’ relationships and stop making other  people’s heartbreak a laughing stock.

Vice Ganda, on the other hand, hit back at a netizen who said he and partner Ion Perez are the next celebrity couple in line who will call it quits.

These social media exchanges came in light of Moira Dela Torre and Jason Hernandez’s announcement that they have gone their separate ways after three years of marriage.