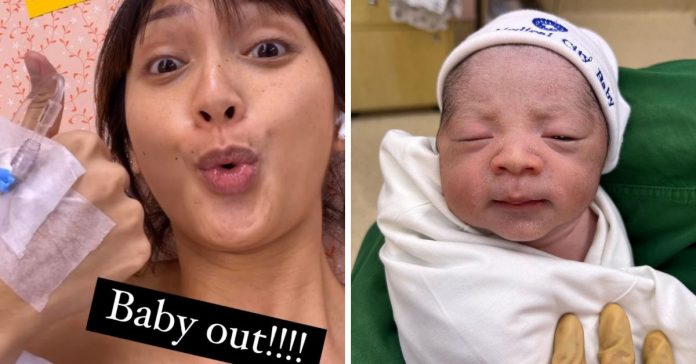 Iya Villania has given birth to her fourth baby, a baby boy, with husband Drew Arellano

The couple welcomed their newest bundle of joy at 4 p.m. on Saturday, June 4.

The celebrity couple received congratulatory messages from fans as well as showbiz friends in the comments section.

Iya earlier shared via Instagram stories of her in the hospital, inducing labor with some dance moves.

The actress-host revealed that despite it’s her fourth time to give birth, it took her the longest labor today.

Iya first revealed in January that she and Drew are expecting their fourth child together.

The couple, who tied the knot in 2014, are also mom and dad to children Primo, Leon, and Alana.