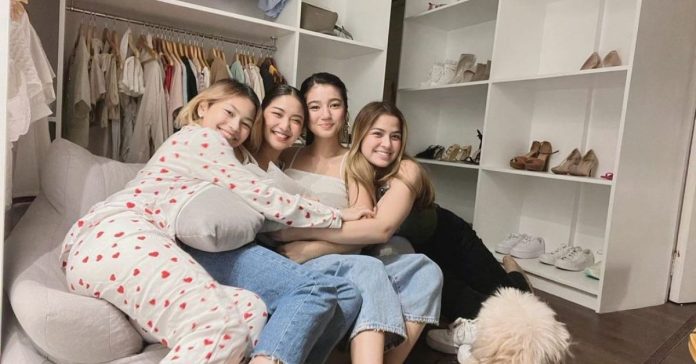 The girls of Four Sister Before the Wedding – Belle Mariano, Alexa Ilacad, Charlie Dizon, and Gillian Vicencio have finally reunited!

The four sisters turned besties made their reunion special with some quality time and japanese food.

“Mga tunay akong mahal at mahal kong tunay,” Alexa wrote in the caption of her post.

It was in December of 2020 when the hit prequel for Four Sisters and a Wedding was released. Since filming the movie, it seems the four actresses have built a strong bond with each other.

On a past social media post, Alexa called her co-stars her “sisters by heart” when she shared their first-ever snap together.

Belle Mariano is the first Filipina actress to bag award...