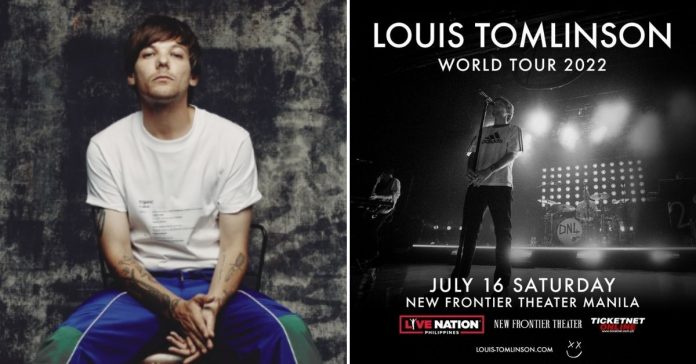 Former One Direction member Louis Tomlinson is coming back to Manila

Louis Tomlinson is returning to Manila for his first solo concert!

The singer-songwriter and former One Direction member is set to take the stage at the New Frontier Theater in Quezon City on July 16.

The Louis Tomlinson World Tour in Manila tickets will go on sale June 5, as announced by event organizer Live Nation Philippines on Tuesday.

Tomlinson released his solo debut album Walls in 2020 which featured singles “Two of Us”, “Kill My Mind”, “We Made It”, “Don’t Let It Break Your Heart” and “Walls”.

Some of Tomlinson’s hits are collaborations with Bebe Rexha and Steve Aoki for  Back to You and Just Hold On, respectively.