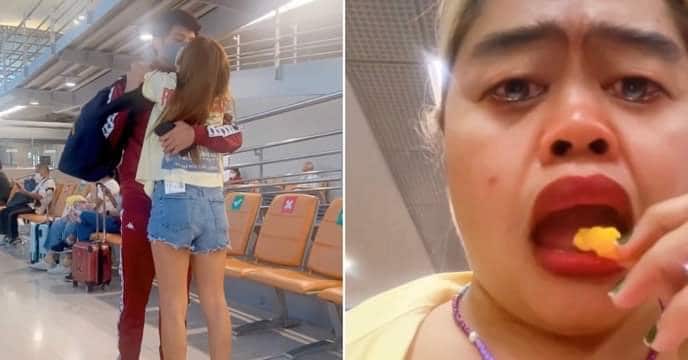 Being Kathryn Bernardo and Daniel Padilla’s third wheel has its perks and disadvantages, too. Their good friend Alora Sasam was more than willing to show us a glimpse of how it’s like to spend time with one of the industry’s favorite couples.

The actress-comedienne took to social media to poke fun at the situations she found herself in.

Alora kept Kathryn company in Thailand while waiting for Daniel to arrive for their 10th anniversary.

On Instagram, Alora shared a video of her with a crying filter while the lovebirds finally reunited at the airport.

Another video showed Alora joking about how she and Kathryn travelled together but she will tavel back home alone.

The 33-year-old continued to joke at how hard it was to be a third wheel.

It seems the House Arrest of Us star’s third wheel woes were worth it because of the much-needed girls time she had with Kathryn.